For Issues, Ideas, or Subjects That Do Not Fit Elsewhere

I'd just like to agree with the above post - deferring to others in a conversation or in a dungeon crawl makes it more interactive for everyone. For my part, I try to do it whenever possible in social settings, usually via asking people their thoughts of another person's statements and other similar things. It allows the RP to flow better, makes it look like these are actual people collaborating, instead of a simple plug-and-play deal.

That aside, I'm kind of curious as to what people think of my characterization of my characters (Red, Tsukumo, Akasha) so far. Any reactions, violent or otherwise? ICly or OOCly?

I've only interacted a little with Red (not sure about the others) and have a sense that the character is more guarded and secretive than any surface level interactions I've had. I've enjoyed all interactions so far and especially enjoyed your efforts to involve lower-level characters in your role-play -- such as your book-research gathering meeting at the inn by the bridge where you almost literally put other PCs in the spotlight and gave them an opportunity to 'have the stage.'
Top

I am so disappointed.


All you hot headed drow hunters who do not even bother to include our PCs in your "hostile" RP.

You will all just stood aside, clicking hostile (a bit exxagerating, has nothing to do with the single guy who hostile my pc), argue with Rose.

Then your view of interactive role play being sneaking around to do PVP drop on us, most likely a wordless, without any interaction. 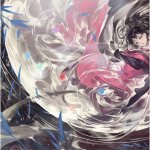 Such is why i avoide drow related conflicts where i can. I had one PvP siutation, with drow involved, that seemed ok. But even in the aftermath, my experience is, that one person always will be unhappy in the end. On most servers i have the experience, that people don't see the RP part of PvP, they just level fast in order to bluntly kill other players by engine fight. I only like that kind of conflict, where my character can use their brain and if it's fair. Otherwise i'm not a fan of PvP.

Sneaking up on people to attacke them or just eavesdrop is something i heard of several times and from several players indepentently. I must not like that either. If someone wants to sneak, communicate withthe oter player, make a MS or Hide check and give them a chance on a counter roll. I know, some players would adjust their behaviour if they know, someone is around. But on the other hand, is sneaking up without a warning, better? I don't think so.

Another thing that bugs me myself is, people stopping to interact without any obvious reason. They leave discord, they stop communicating ooc, and cancel any RP that happened before without a word from their character. That is what i am disappointed about. You think everything goes well and you finally have a chance to do something with a player - and you look forward to it. You're willing to make exeptions for them with your RL in order to meet them even. And then...you're not aware to have done anything to hurt them. But no, without a sound they drop everything. That hurts way more than being told the hard truth, why they don't want to continue talking to you all of a sudden. This is also not to the first time i experienced this ... This is -not- meant to expose, accuse or harm anyone. I want to make a suggestion for improvement for such situations: Please be adult enough to talk via discord DM or Forum PM if something is wrong. Problems can be solved and everyone diserves a change to make things better. Maybe it was just a missunderstanding and that can be clarified. Only talking people can be helped. You cannot change what you don't know.

Please think about it. Thank you in advance.
Tiawyn Aleaneldeth - a different elf, about to change

Bio - Look to the stars, and inside your heart

Tiawyn's Artbook - From the innermost.
Top

I experienced some things on other servers before I came here and decided to post what I think about it. I think here it’s a place where old players come and new ones just arrived. Please don’t stone me! I'm doing this with all due respect. I'm a not native english speaking player and often don't know how to put things otherwise. This post is well meant and also offers some constructive suggestions how to do better for more fun in certain situations. I hope it may be helpful.

So, you got the highest level, your build and equipment is perfect and you can solo anything? You can make gold by rushing through everything, but are you happy?
Oh, sure you are as long as you’re the hero!
Your deadpan one-liners crack you up, even if the plebs don’t get it. However, is this server meant for a one man show? To play an equivalent of the comic book guy from the Simpsons?
Seriously, are you soo self-involved that you cannot enjoy other people having a good time?
We get it, your incredible emotes and posts about what your character did and how much money they donated, have astounded EVERYONE who reads them. Your walking by without an emote, has amazed us all. I personally thought "Wow! That person walking by, not talking, THAT person has it ALL together."
Ok, i'll stop being a meany face for the moment and i'm sorry, but what I want to point out is how you can allow other people to have fun AND improve your own enjoyment of the game by NOT doing certain things.

When someone screams "Trap!!" What if you don't say "I saw it." Instead say "Thanks, Gosh, almost stepped on that tripwire."
"Them poisoned darts would have skewered me." Let them feel like they did something good, instead of like an idiot for warning folks.

If a god is present, don't run to them and get all the informations yourself just to say to your friends later: “You're wrong. I know better. God XY said.....” Instead of making them feel bad, how about saying “I'm sorry you feel like that. But here's the good news. Let me try to help you.” Or even better “Hey, I know you're suffering the loss of your god. Look, we're planning to talk to someone who may know something. When do you have time so you can come with us?” Include people instead and make them feel they belong, instead of making them feel worse than they already do.

When a bard tries to help, by making people feel better and encourage them for more positive thinking, don't ignore it. Instead of listening to some civic blabbermouth more, give the bard a chance to let their Charisma do their magic, too. Think about their words and let it work on you. Give them the same chance you give to that citizen. That bard will be on your side an buff you, cheer for you and advertise you later!

When people talk about a dungeon you have been to IC, you don't have to tell them you been there and killed the monsters, making yourself feel important and them feel like you’re a jerk who spouts spoilers.
You can give colorful, yet nondescript, hints about what is coming and tell them like. "I wouldn't go there alone if they gave me a fief in Baldur's Gate for it, them were rats is dangerous, mean and always run in packs!!"

And if you’re scouting , why not come back and tell folks what you saw , instead of starting a fight and making them all drop their sodas, or pop, to come around the corner to the fight late. Why not go slow and enjoy the crawl?
Which brings me to ANOTHER point. Why not wait between encounters for the gatherers to collect the treasure, for the healers to heal. And for the roleplayers to rp? I mean we understand your time is valuable and all, and some of us old people have to look at our fingers to type. Some of the not native english speaking players have to think and translate a moment longer what they type, but please! I ask you to let me type a line of dialog before you bring the next bunch of monsters to waste us, or hopefully be wasted?

Please let me type a well thought emote instead of swamping me with a bunch of one-liners every 3 seconds. Give me time, let me read, think, translate and answer in a way I can reward your rp properly as well. We are in RP, not on the run. It is only fair to give other players time to react.

If someone tells a tale, is it reeeally necessary to one-up them by spouting your even better-er story? Why can't you simply let them bask in the glow a bit? Wouldn't YOU appreciate it if you told a tale and people were awed instead of telling you, "BIG deal, been there, done that, got the t-shirt!"? Instead of wanting to have the limelight for yourself alone, why not shine all together and give everyone their standing ovation?

Roleplay is just that, playing your role. Just because you’re the most amazing thing since sliced bread, doesn't mean you cannot let others shine, too. Next time maybe let the low level newbie disarm that trap.

Instead of doing everything oneself, why not let others have their shining moments every now and then, too? It’ll bring more good times to everyone.

Just my two cents and i apologize if i stepped anyone's toe. I'm just trying to help make things better for everyone.
Thanks for listening.

This...honestly this....I also want to add, if you see someone struggling to be included, be the one to reach out, new players or even new chars if they are not being meta'd or created with another don't have players to back them, so they tend to sit around alone for 3-6 hours trying but failing to get RP. I can actually recount dozens of times even on this server, my chars have sat out and tried to engage, simply saying simple things, to be completely ignored as players race past. I get time is valuable, but it is a RP server, its not fun to sit alone for 6+ hrs and stare at the ground. Yet it is often what happens unless 1 or 2 players in that 6 hr span actually feel enough pity to stop.

I have heard it said outright, "If its not fun for me, I'm not gonna waste my time doing something."

That statement, I feel is very selfish, because while it may not be fun in your head, when the RP gets going, it could be fun. Things are only as fun as the effort we make to make it fun. Fun is supposed to be important for both players, not just one player.

That said, if anyone would love to give feedback towards Ara'mon Summerheart. I welcome it.
Top
Post Reply
635 posts