The story so far:

A while ago this already happened in a galaxy close to ours. That galaxy was in grave danger due to a mushroom cloud, made from mushrooms and weaponized flatulance. A whale is fat. Fat burns hot. Hotter than the situation calls for. Evil Wizard Zargothrax smells much like a sugared violet and beer. He brought christmas trees to a cannibal, who shockingly liked the pine smoke for curing "meats". Flavor mattered, also texture. Only the most texturey texture satisfies the beholder. The cannibal was death incarnate. Milonga, the platitudinous platypus, was exposed as the true heir to the throne in the outhouse, where she sang about Summer Sausages. The song went like this:

"My darling, I'm longing
For pickle sandwhiches with chocolate.
Umbrellas upside down,
Full of gypsy tears.

Of water with larks,
That sparks one saying:

Milonga you are,
A silly little fruitcake
And beautiful fruitcake
Deserves to be served
To enemies a la mode"

There suddenly was no free RCRing and saddened, players screamed out loud: "Oh what a gorgeous galumphing gargoyle! What do orcs do to deserve such harsh treatment?" Now, it could be the XP, or the smell. But "Alas!" he snarled at the Duke, of Earl, who was the archbishop of false prophecy.

Elsewhere, far across the bloody sands, camels, baking cookies, were preparing for invasion, armed with unicorns and marshmallows... unicorn shaped marshmallows.. and marshmallow unicorns with laser eyes. Boy, can I have your hand for an hour? I promise I'll graft a new emotion inside you! But only once... And then, wine twice or thrice ... or even more! But less is simply less, therefore you play chess! (( Getting poetic now, eh? ))
Wait, I've lost my marbles, thus cornflake sparkle snot!
Someone get tissues, without issues.
Lard for my ward, who's a bard,
That was baking pulchritudinous persimmon pastries that wafted odious fumes toward a grandiose troll nose. Boy, was it a mighty stench!
My gut clenched! My eyes bugged! My gums bled!
But, nevertheless I ran onward into a head sized hippopotamus. Enraged, it cast elephant's hide and shapechanged into Maecius the care-bear, counter-spelling with finger... a single finger...
I managed to jump on a magic carpet ride to escape Maecius, but it was a futile resistance, as Maecius could devour the universe by simply kissing a left shoe. It's a mystery that smells terrible, but ironically it...
Shake it baby, one more time,
Hit me baby, one more rhyme... was all Zargothrax could do before the Gnomocracy the crystal key stolen back from the dark, damp ducal wine cellar, while she said:
"Yonder minstrel, sing zippity doo dah, zippity... NO! Rather oh, Lord, kumbaya was Zargothrax's father! A devoted man ungoverned by reason walked across the pool of glitter, arms outstretched towards a pink flamingo of fiery disposition. "Grandmama," he said. "Tell me the story again of the pixie's husband, who had a dwarven wife with a half-giant son, toting a club with three charactaristics: He grimaced downwards

A while ago
"May the forums be ever in your favor."

... this already happened.
"Without contraries is no progression. Attraction and repulsion, reason and energy, love and hate, are necessary to human existence."
- William Blake
Top

That galaxy was
"May the forums be ever in your favor." 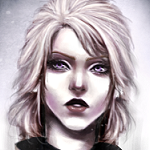 Due to a...
~All Their Days are Numbered~
Server Rules
Better read this, so I don't harvest your soul... too soon
Dungeon Master Rulings
To avoid confusement and becoming a soulless husk
~Campaign Coordinator for 1353DR, 1354DR and 1355DR Metaplot~
Top

mushroom cloud, made. . .
Nawiel: Stubborn woodpecker from the deep.
- "Responsibility is a curse, importance, an illusion."

from mushrooms and
"May the forums be ever in your favor."

Whale is fat
"Without contraries is no progression. Attraction and repulsion, reason and energy, love and hate, are necessary to human existence."
- William Blake
Top

“There is more than one sort of prison, Captain," Chirrut said. "I sense that you carry yours wherever you go.”
Top