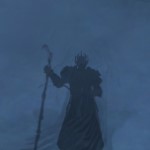 The young and frail looking elven woman shrouded in grey would be seen listening to Priest Kivas Ulbright's sermon with a singularly devoted focus. 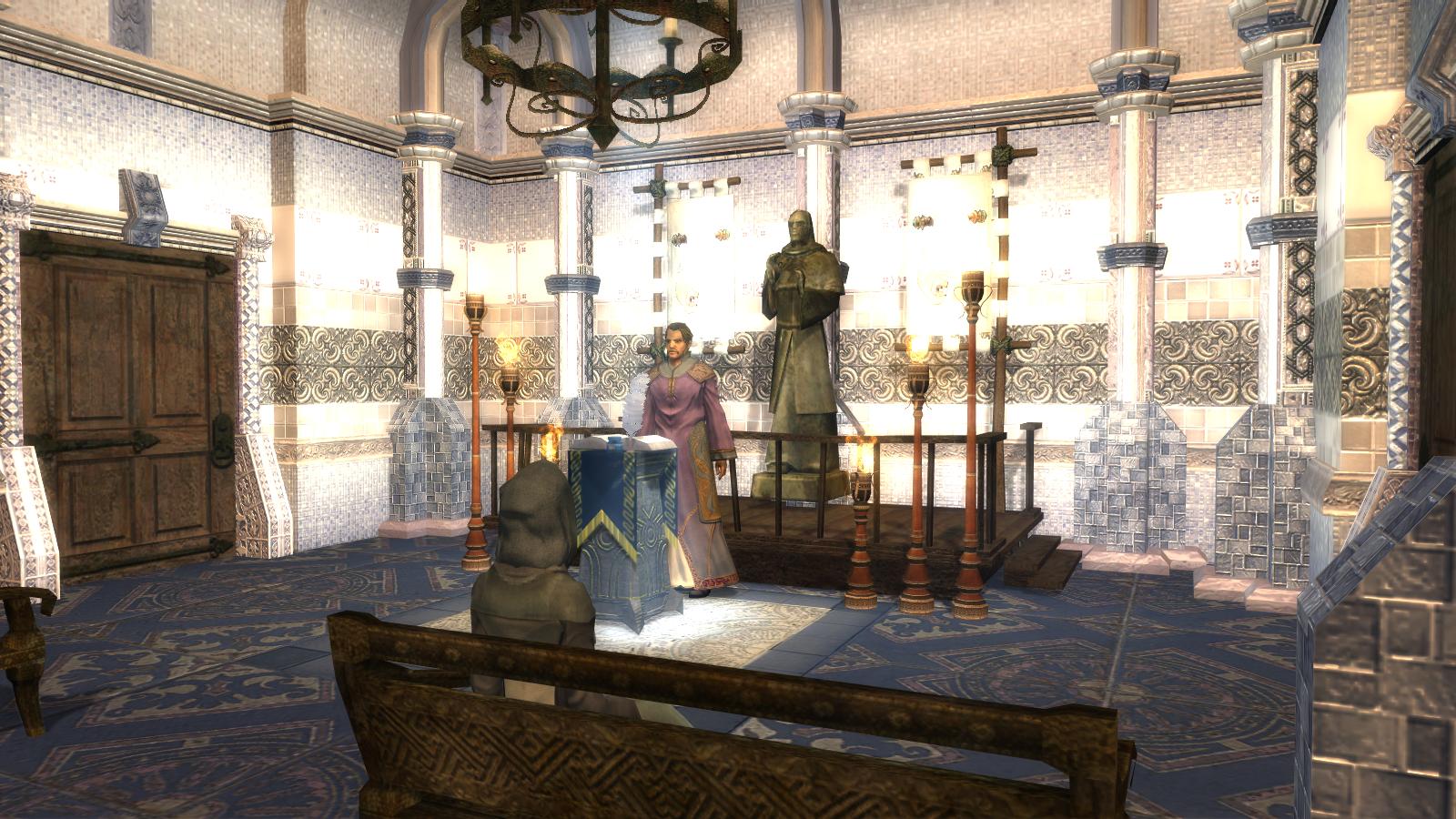 Afterwards, when the crowd had ebbed, she would be noticed speaking with the priest in hushed tones. 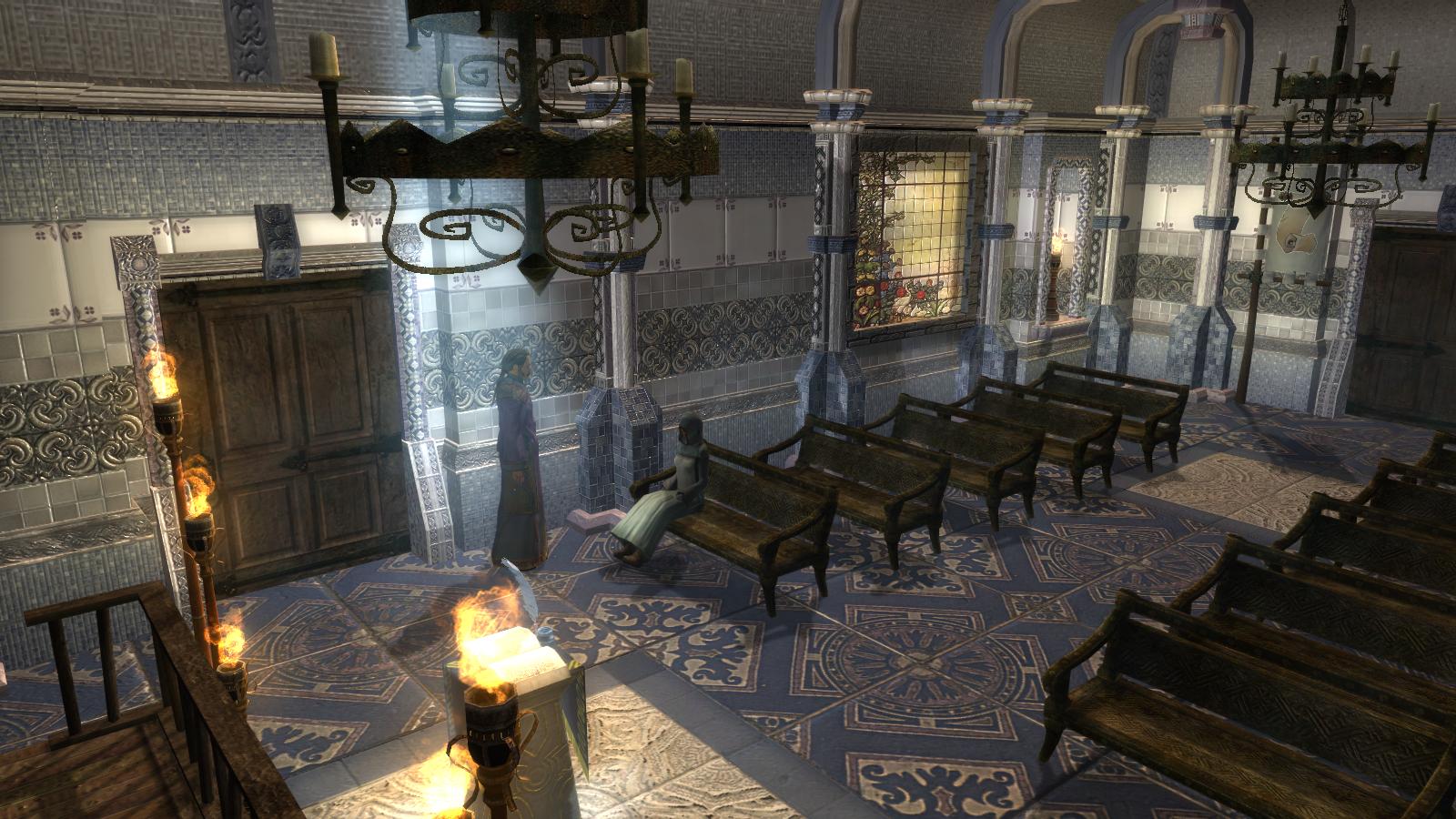 Ere the dawn she would scrub the floors of the quiet halls of the temple. 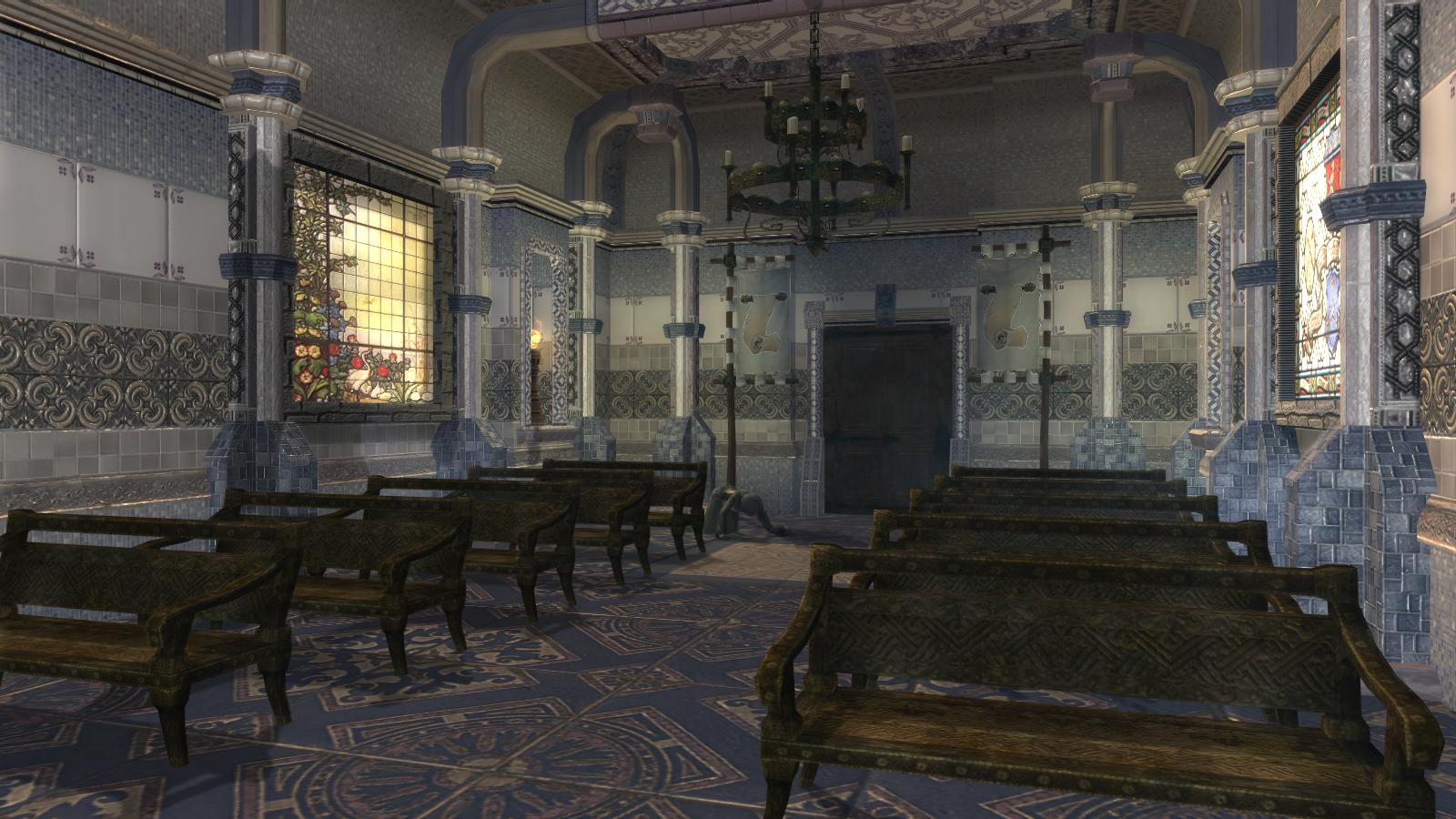 She would fill her day with prayer to the Lord of All Knowledge. 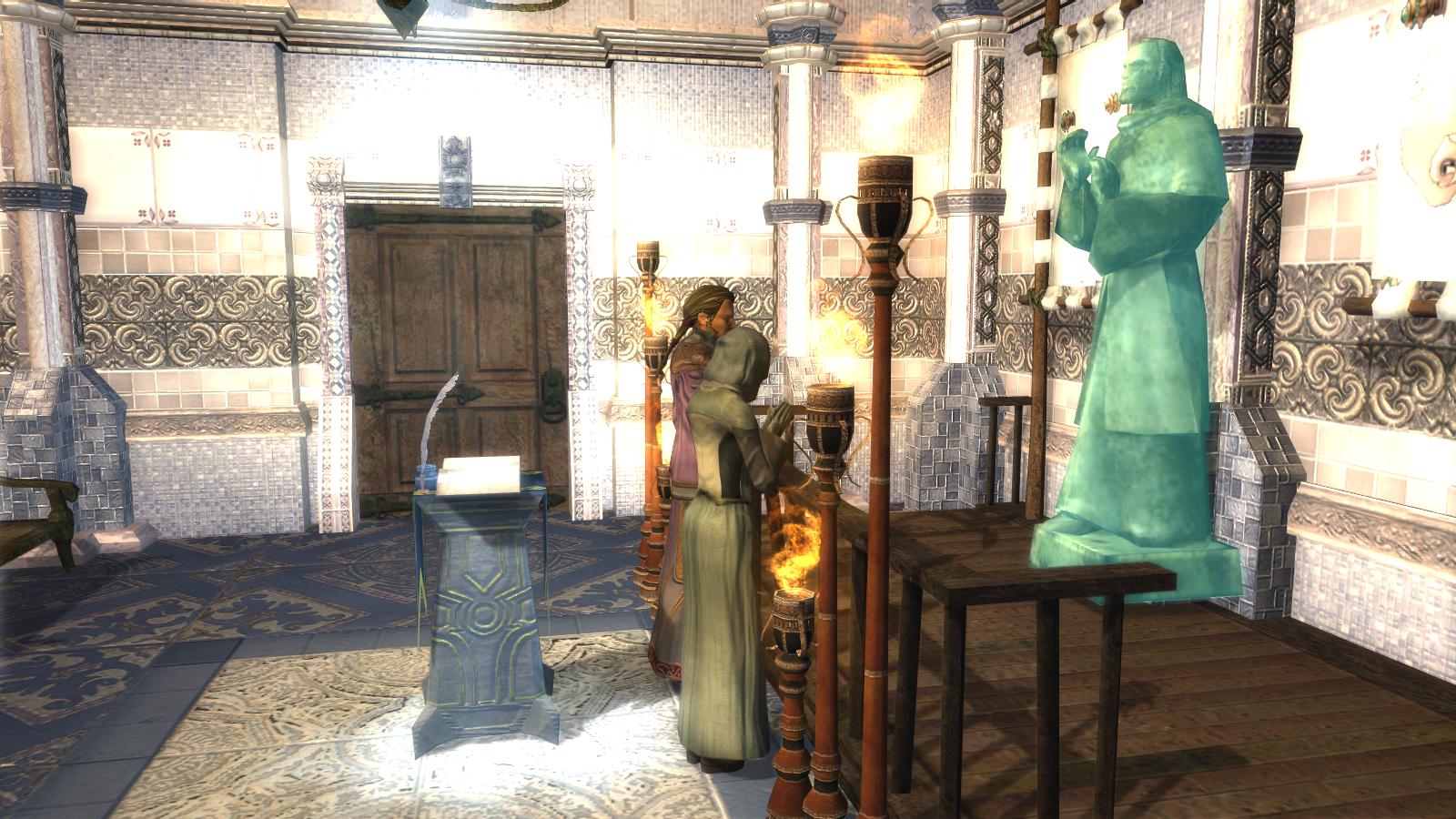 Tonight, the young and frail looking elven woman ensconced in the Temple of Oghma would receive a visit from a renown archmage of En Dharasha Everae. 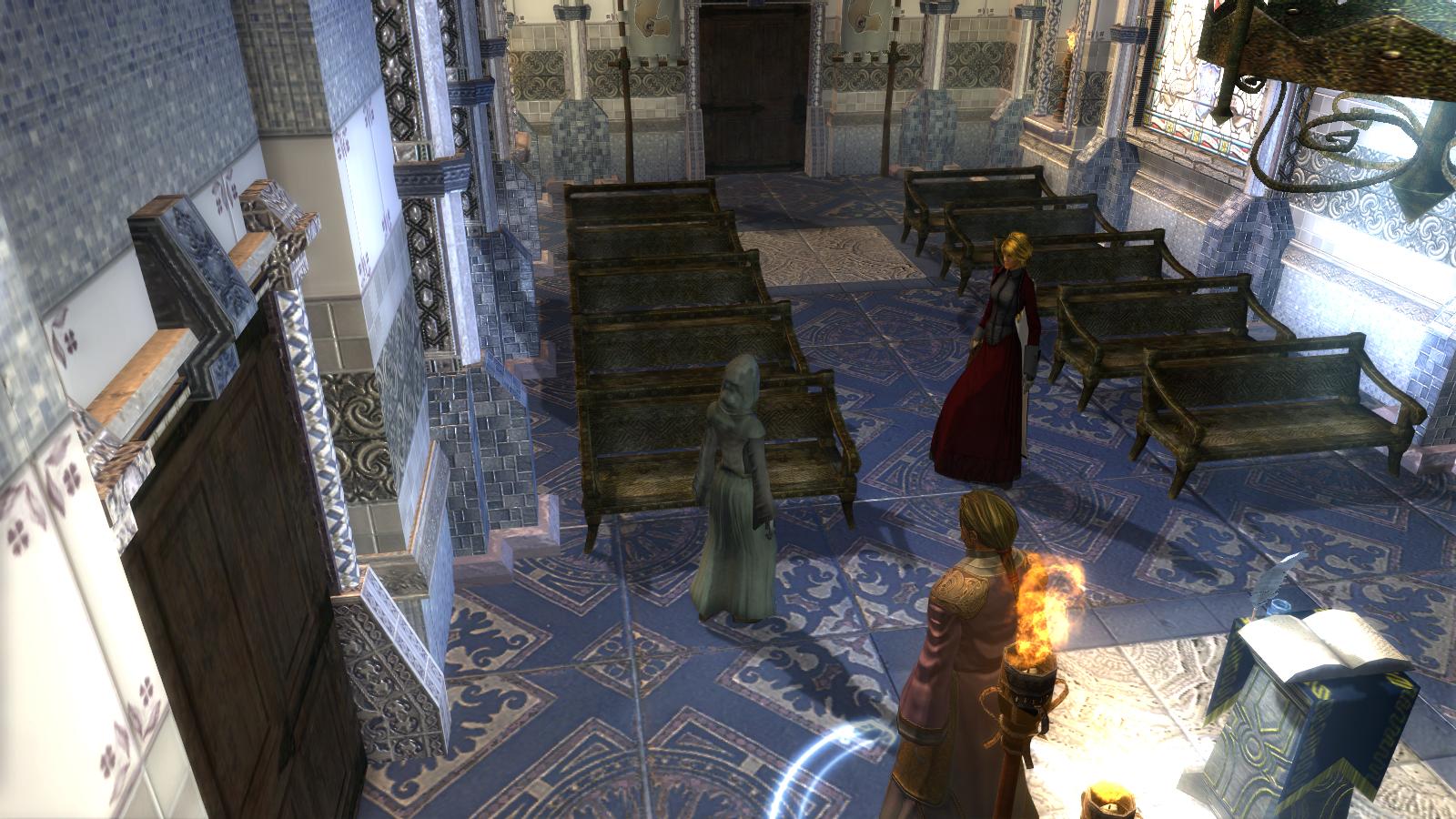 The fatigued elven woman would accompany the archmage to the Candlekeep Inn to dine on vegetables and fruits. She would later return to the temple alone, her steps slow and pensive, as the soft Marpenoth rain darkens the grounds. 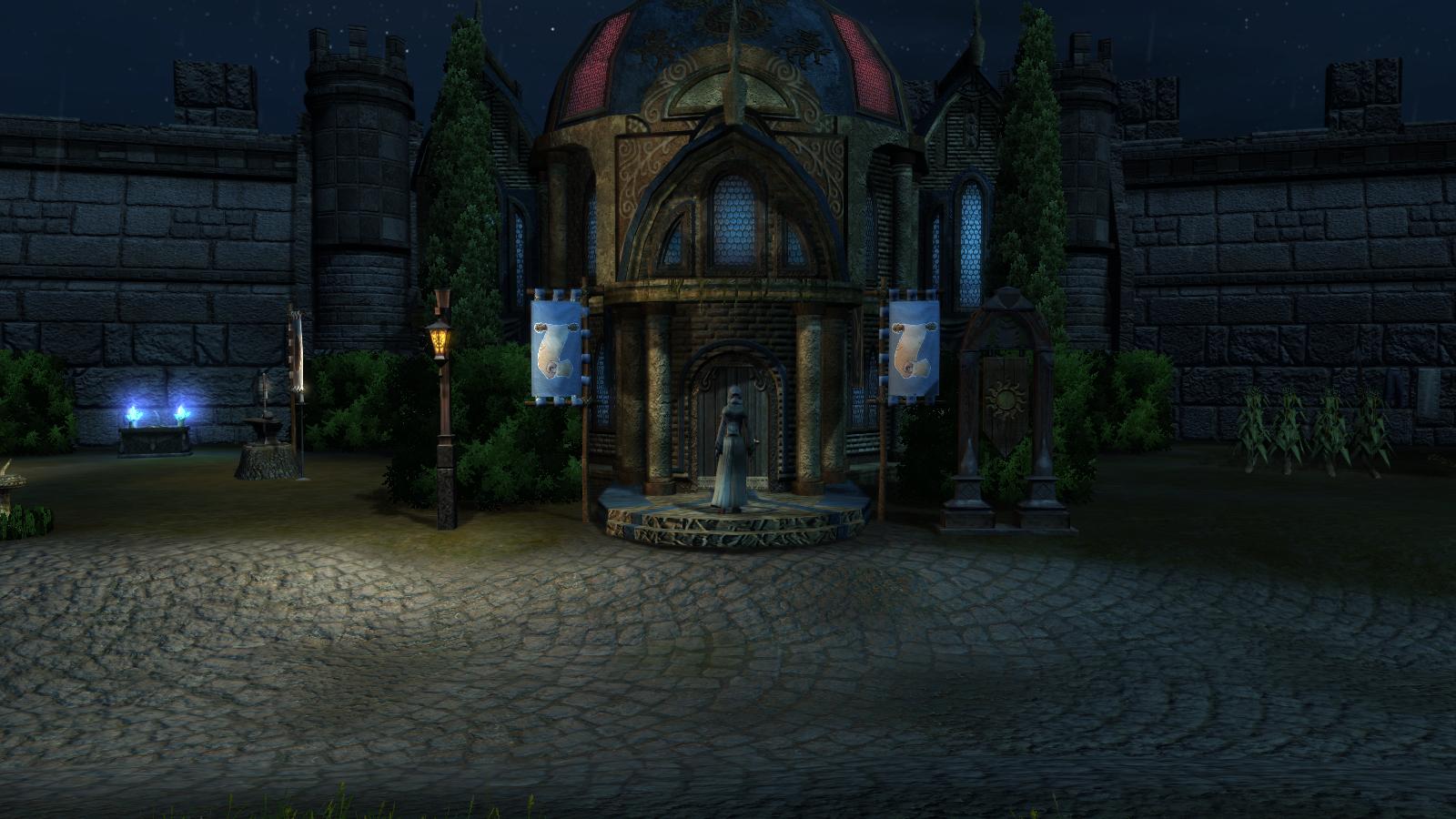 As the sun sets into the sea, churning an orange sky into a dark blue with hints of amethyst, through Priest Kivas Ulbright a young and frail looking elven woman would receive a blessing from The Binder of What is Known. 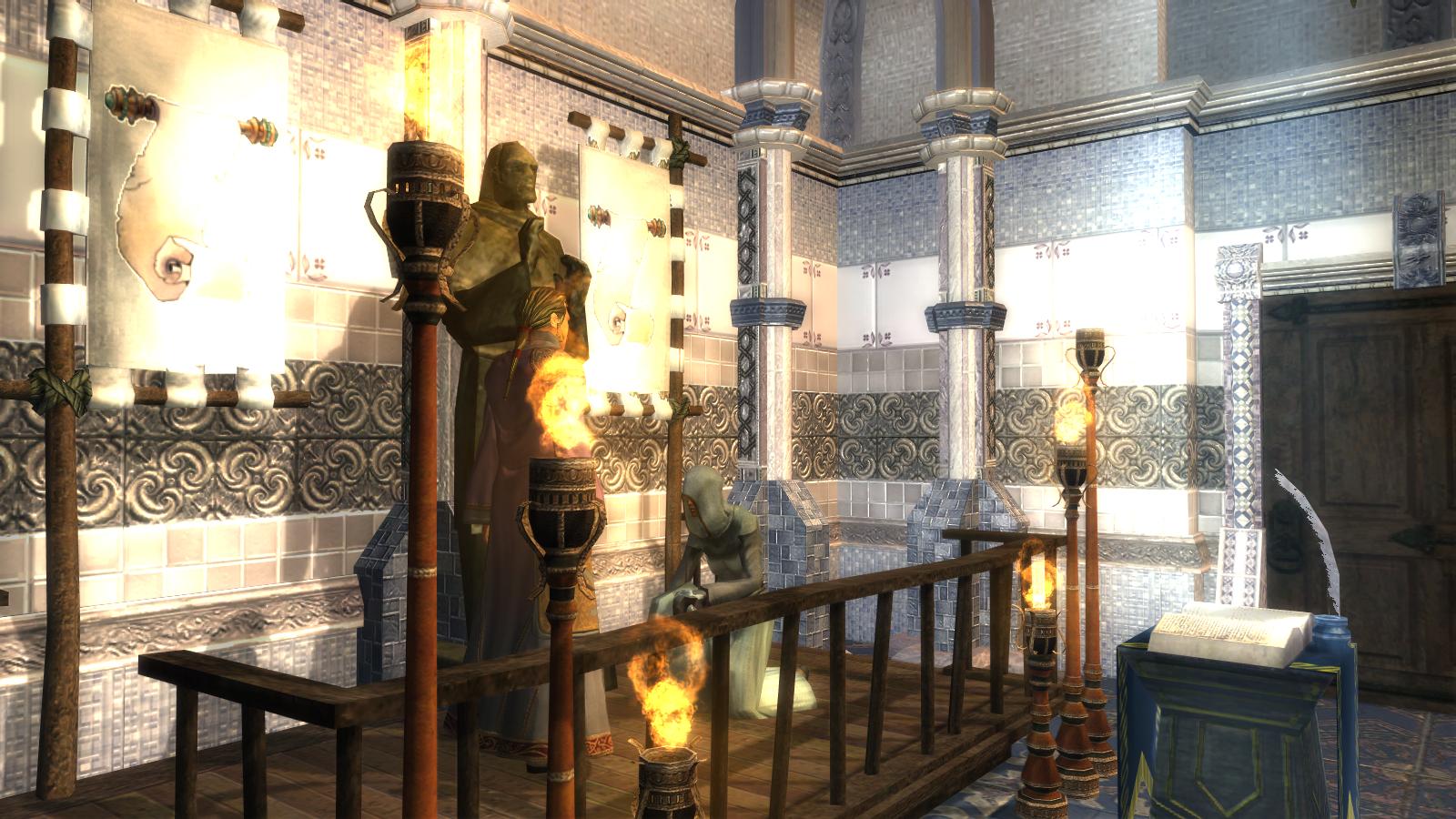 The following morning, she would emerge from the gates of Candlekeep.
Top

The Curious Half-Orc, Draped In Golden Robes
A soft skinned Woman approaches the Gates of the Candlekeep, holding tightly to her abdomen, a Tablet covered in a sleek sheet of Metal, and some Papers stashed in a bag on her right hip. What appeared to be a kind, earnest Human Woman, swallowed in Golden Robes, eventually became known to be a Half-Orc, as she lifted her head high, and spoke her name to the Guards.

She brought a dainty hand to her chest, firmly pressing down, through Broken Common she spoke;

"Chalk Hart... Came... For... answers..." Her words were not confident, yet she exuded Charismatic confidence in what she was a Seeker of.

The Guards looked down upon the strangely soft-skinned, pampered and eerily Charismatic being with suspicion and weary eyes, yet she raised her Steel Tablet - Official Business, a Relic worth the Avowed's attention, perhaps? Judgement cast upon this Half-Orc, she was deemed non-threatening, bearing no visible armaments of War, nor a personality that could endanger the inner sanctum - She came for knowledge, and knowledge she was permitted to enter for.

The Guards inspected the Tablet, picking it up cautiously, mostly scratching their head as they revealed it to be an illegible Stone Artefact and not any explosive device of Doomsday origins. She had asked the Guards various questions, of which one can imagine had no answers and were spoken improperly.

The Guards eventually noted the Members of the Avowed were currently preoccupied, if Chalk wished to find answers, she would have to wait, that she could stay for a Tensday, awaiting their return, In Winthrop's Inn. Thus, she nodded politely, strolling slowly towards the Inn. She sat on a Sofa, awaiting the call of an Avowed.

It is noted that the Half-Orc devoured a large portion of Winthrop's stock, paying in kind with the appropriate coins, as soon as she entered, either her travels were exhausting or she was simply the wielder of a bottomless stomach and appetite alike.


Update: Edelgarde had found the Half-Orc by pure chance, out and about, and they exchanged whatever the Half-Orc had come to the Candlekeep for.

Once again did the curious soft featured individual grace the Chanted winds of the Candlekeep, seeking a good night's rest in the Sanctum of Winthrop's Inn, she took careful solace on the first night of her tensday stay.

Come Morning, and to no surprise, the call of a Rooster, did she awaken, walking through the bask Morning Glory of Lathander's Realm, she spotted a familiar face - The face of one Lucia of the Candlekeep.

They discussed many things, before long, were graced by a new Guard-in-Training, but then some curious Bard, who entered the scene immediately playing Music, much to the dismay of two of three, Chalk seemed simply confused by the antics, being a Half-Orc, she likely had not experienced the unusual burst of Bardic Whimsy.

The Bard was upset, and reported to have unwisely decided to make threats, going as far as to issue a Challenge of Combat to a Guard of the Candlekeep, thusly began casting an entire Library's Worth of Magics in preparation, the Orc skinned one simply did not wish to find out where they would be placed.

Chalk herself was seen frighteningly scurrying off behind the rocks.

The event finalised with the Bard foolishly attempting a teleport about the Keep leaving in quite the tantrum of a huff, and harsh injuries, after some firm words from a Trainee Guard and her fresh duty of Lawful Conduct.

As the Bard departed, a new Wizard came in, and Chalk was found trying to continue her talks with Lucia, to no avail. She remained patient, valiant and quiet, mostly, as the pair discussed bartering and the likes. Chalk was additionally seen showing this Wizard where Ulraunt's abode happened to be, given her short stay, she had familiarised herself with some staple basics.

The Mage attempted to teleport out the Candlekeep, perhaps Beshaba decided today was the day to curse everyone with the unfortunate events of folly and high stake injury?

Chalk herself responded to both awkward attempts of self-disfigurement with sorrowful brows towards Lucia, having truly no idea what possessed the Men to act ignorant to the giant blanks of wood, of which discussed the Candlekeep is warded against such behaviours.

After some time, Chalk was given ample moments to talk fully with Lucia, and discuss becoming an Acolyte of the Keep.

Yonder these talks, Chalk was seen going into the Library, collecting Six Books and taking them to the Inn. After a long night of, presumably reading, Chalk was seen exiting the Candlekeep, where she had bumped into a Sailor of a Man on the way out, taking up a lengthy conversation with the Man.

Chalk is once again noted as being the Beacon of Sunlight, as she remained valiantly kind, amicable and tranquil, with all her attentive gazes and polite comments, futilely or not, she continued defining she was no ordinary Half-Orc at all, yet a Lady of unfiltered kindness, as she stood out in the rain, allowing it to soak her, as she showed hospitality to the Sailor without doubt nor question.

She kindly escorted Vastian out of the Candlekeep and down the hilltop pathway, as a showmanship of utmost Hospitality, as the pair was documented as departing into the wilds of the Lion's Way...
Main Four
Bar - Thayvian Pupper // Cinnamon - Idealistic Heart // Chalk Hart - Sorceress of Amaunator // Tracey - Bandit Killing Bandit

One of the guards of Candlekeep who was obviously avoiding certain visitors, on purpose, breaths a sigh of relief as the troublemaker leaves the keep.
In game: yingyangjoy
https://www.americares.org/
Top

A snowy haired woman sets her backpack down beside the bottom bunk of her new home within Candlekeep's quarters. She doesn't wait a moment before getting to work drafting a letter and heading to deliver it almost immediately.
Top

A young fire genasi, can be seen praying at the Gond shrine, hoping her god will bring solace.

Her hair glisten in the night and smiled.

Ponders and meditates on the question and resumes her prayer.

Smiles as she let the rain trickles on her fire hair

Smiles as she humbly prays her left knee covered in mud, offering her faith seeking a revelation, she awaits under the rain... soaked, cold, at peace.
Top

To and fro the Candlekeep, Chalk had the pleasure of meeting many Adventurer's, one such, was a Man named Istvan, who was seeking an Offensive Wand to help him on his journey, something that could get rid of his Foes.

Chalk said she would inquire inside the Candlekeep on his behalf, as he could not find anyone, as she is there enough to have answered that particular query...
Main Four
Bar - Thayvian Pupper // Cinnamon - Idealistic Heart // Chalk Hart - Sorceress of Amaunator // Tracey - Bandit Killing Bandit 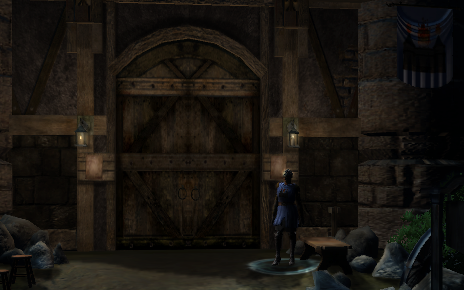 A young snowy-haired woman takes her post outside the gate of Candlekeep, settling in for a long shift.
Top

In the tower, a quiet, bronze skinned woman watches the road alongside Annigans, she takes note of the other guard but she seems distracted and not in talking mood.
In game: yingyangjoy
https://www.americares.org/
Top

Chalk hadn't been seen for quite some time now. Last anyone saw, she was writing a Book.