Rumor spreads as slave owners begin training goblinoids and beast for combat. It is said that these slaves are to be used for the pit fighter's arena held in Gloura's Wings on the second of Flamerule, Year of the dragon, 1352. Any visiting the area would find construction of cages beginning to take shape to hold such creatures. Any inquiring further on the topic would learn the information below.

\\
IC Info
Hidden: show
Many slave owners have begun training and selling off their slaves for the upcoming tournament.

These slaves include; goblins, kobolds, orcs, bugbears, wolves, and bears.

Only citizens may purchase a slave to fight in the competition, (drow) though there are always ways of getting around such regulations, such as having a drow sponsor, or just bribing enough people.

Winners of the competitions receive a special prize at the end of each round. (prizes yet to be determined)

Each competition will have betting, which will be handled by an official bookie. Any outside bets are prohibited and payment of these side bets will not be enforced by any official.

The owners of the slaves, and the owners only, my purchase special equipment for use by the slaves in the area. The price of this equipment and what type of equipment will be available is yet to be determined.

Any caught cheating will be barred from future pit fights for the foreseeable future.
//

Players may purchase slaves from the slave owners for use in this event. The slave's stats will be determined by me before the fight. Special rolls can be made by the one purchasing the slaves to determine the creature's strengths and weaknesses.. Low rolls may bring back false information. If your creature wins a match, its stats will rise as a result and its reputation will grow. Bets made against your creature will have a higher pay out. If your creature loses, it dies, with no refunds and no way to bring it back. Period.

The plan is to hold one event every 2 weeks, on every other Saturday. this may be canceled at times due to RL. There is no IC way to call this, since FR calendar has 10 days in a week.. So.. OOC.. every other saturday..

Each creature will fight once in each event.

The special reward for winning a match will scale up with each win. The first win, the item may seem rather useless, but each win there after, the item will be made stronger. If you sell, trade, or destroy your item, the cycle will reset. The item will be specially marked to you and anyone else who holds the item will not receive an upgrade to it should they win with their slave.

Questions should be sent to me, anything substantial will be posted here. Check back every now and then for updates.
//

*Things have quieted down after the most recent attack on Sshamath. While the city remains vigilant there have been no new recent slime sightings. Many hope the threat may have ended. Many more think it may just be bidding its time. Either way it seems the defenders of Sshamath will have at least a week off to plan and prepare.*
"Wirg
An famous Orc who steals from humans. He has many incarnations and is known around the world as the best Orc thief.
Wirg is the best thief."
http://www.urbandictionary.com/define.php?term=Wirg
DM_Bloodlust: "Raptors never give RP's out."
Top

News spreads that Quellar Dev'lin launched an attack upon Sshamath and the Charnag Maelthra in Varalla's Passage. The Charnag took a few losses, but proved themselves the victors. The defeated Dev'lins were taken into the city and to the School of Mages. The School itself is closed off to any outsiders until further notice and both city guards and Charnag Maelthra members are patrolling the area frequently.

The Conclave is in deliberations to determine what is to happen.
"Orcs have to commute long distances to access the resources privileged Elves and Men enjoy."
- Wirg, Social Justice Warpriest
Top

The city is rife with a variety of emotions; joy, fear, anger and confusion over a recent display of hostility against Lolth herself. What was thought to be a standard public execution for the traitors of House Dev'lin turned into a display of blasphemy to the spider queen. Set to be burned alive, a variety of spiders were set to be burned along side them to show Sshamath's solidarity against those who use ideology against it. The three members of the Conclave present, Malaggar Xarann, Urlryn Khalazza and Felyndiira T'orgh are said to have acted on their own, having gone behind the backs of the other members of the Conclave. It is a typical move for them to do power grabs behind one another's back, but one of this scale has not been seen in a while. The reaction of the others are split between outrage and disappointment at the effects it will have on trade.

With three high ranking members of House Dev'lin dead and the renewed support of attack, the fallout from these events is still uncertain. The only thing that can be said, is the future of Lolth's power which was rising in the city is not as secure as some may have thought.
"Orcs have to commute long distances to access the resources privileged Elves and Men enjoy."
- Wirg, Social Justice Warpriest
Top

A cacophony of cries and drums of Goblin nature have erupted over the last two cycles. Those who have ventured in may have noticed a heightened ferocity, a glimpse of an Umberhulk or two which assisted in what some may know to be there place of worship to Maglubiyet. Dirt and rock were strewn outside the way in, what could of happened there? A new altar had been rebuilt as it did not hold the dried blood of past offerings to their god that it had once before.

The cause of such is unknown but to one group, the cries ever present in their ears. Was something brewing? Only time would tell.

The Whispers Of Nightmares
Local whispers rumours originating from Sshamath, An utterance on citizens lips leaking throughout the city. The tale itself sending shivers through some of the denizens as its words reach ears.

Some of the denizens hear the words and quickly attend their attentions to their duties, Some stand for a moment or two in consideration. Alas it is a quietening, Almost deafening moment as the rumour spreads.

Whether this rumour is validated who can say, Different versions of it include Dhaerow from another city becoming victim to this nightmare, That they came out of nowhere.

Another version suggests to say that more may be coming.

But one fact is certain. There is a silence among the populace as they hear the news, Some may imagine the nightmare within their very warped, twisted minds.

"Don't fear failure. Not failure, but low aim is the crime. In great attempts it is glorious even to fail"
Top

*The Buzz around Sshamath as Rumor flies about a Jaluk and Moon Elf , undisguised being escorted through the city of Sshamath by a pissed off looking CONCLAVE SOLDIER..... they were seen entering the Bregan D'aerthe public bar.*
Top

As the Cycles pass by, denizens of S'shamath can notice a rather specific opinion permeating through the caverns. It is being repeated especially often by the drow populace of the city. Commoners and merchants are sharing with each other jests at expenses of newest foreign lolthite zealots that came to the City of Dark Weavings, ridiculing their faith, their convictions and, primarily, laughing at their deeds. Perhaps expected by many, the newest resurgence of "rumours of the greatness of followers of Lolth" is being met with a collective snicker and a colorful variety of snide comments.

"Ever wondered why Lolthites never kill spiders? They're too busy being eaten by them in reverence".

Known followers of Lolth can encounter remarks as bold as, "Heh, let's go to Glouras' Wings. I have a craving for some crispy spider legs."

In Darkwoods and in Glouras' Wings travelers from distant regions of Underdark, as well as locals, can observe a new drinking game that has become popular, "Orc's Spiders". Apparently, one of the drow is declared an "Orc Slave Master", and other drow are the "Spider Slaves". When a "Spider Slave" fails at a dare, he has to drink strong, green wine that's spiked with spider venom in form of a shot. If he or she succeeds, the "Orc Slave Master" drinks that shot.

The Web of the Spider Queen, a mostly ruined temple of Lolth in S'shamath is, understandably, mostly silent about these remarks in public. They know better than most that angering the local population is not a great idea, especially since the events in past Turning. However, the priestesses and temple's faithful are notably unamused and whisper among themselves about the discontent that they feel in regards to the "infidel stupidity".

The mages - mostly wizards - of the City of Dark Weavings look upon all of this with their expected arrogance. For thousands of years the mages in S'shamath have been targeting followers of Lolth with snide snickering themselves, Spider's Kiss being a well known example of that, but whenever the Lolthian zealots arise in bigger numbers the mages take a much more serious and grim stance... Which isn't happening just yet.

Overall, everything proceeds in the drow city as usual.
~All Their Days are Numbered~
Server Rules
Better read this, so I don't harvest your soul... too soon
Dungeon Master Rulings
To avoid confusement and becoming a soulless husk
~Campaign Coordinator for 1353DR, 1354DR and 1355DR Metaplot~
Top

In the deep of the night, the crypt wherein the bones of a cursed dragon prowl met first with the clamor of battle against its various undead denizens, including the clatter of draconic bone upon stone floor, then was followed by phenomena of a more curious nature. As the result of some secret catalyst, the atmosphere of the crypt seemed to crystallize with absolute silence; even remnant undead dared not move about within the stillness of the air. This preceded a mighty gust of hot wind that tumbled in force throughout the corridors, angry, unseen but most assuredly felt, seeking the source of some offense...
— Let chaos be undone —
Canticle of Victoria 1:3
Threnodies and Canticles
Top 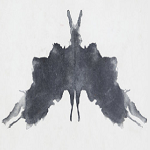 Rumors spread throughout the city as several conclave soldiers report seeing demons in the tunnel. Strange portals unleash a fiery smoke followed by monstrous demonic figures. Further confusion spreads as a strange rambling voice can be heard echoing throughout the deep caverns.
“He the forsaken, who speaks in two lies and one truth.. The arrogant..”
Top

The rumours in the bazaar are good today, from Sshamath based merchants at least. A relatively new outpost built by Sschindylryn, within striking distance of Sshamath's main trade route through Varalla's passage, has been destroyed in a freak natural accident. Reports are confusing, but it appears umber-hulks somehow got into the settlement and slaughtered the inhabitants. Its uncertain as of yet if there are any survivors, as troops from Sschindylryn are keeping a cordon up around the settlement while they salvage what they can.