Suggestions Should Be Posted in Their Respective Categories

There was a suggestion long ago but I will post this suggestion again. Iv'e tried em IG. They are quite good

We need some Whips on this server! <3

/Darker
"NWNScript is what happens when you ask Satan to turn C into a scripting language." - DM Doom
Top

What damage dice does a whip have ?
A ranged weapon ? How does that work ? What range does it have ?
Top

I'd advocate taking the stats from nwn1, alternatively taking some inspiration from DnD.

In terms of range I would treat them as any other melee weapon, no need to complicate things. In order to balance their poor damage performance I would some add something flavourful to all whips, following NWN1 and DnD's example. Personally, I prefer the added bonus feat disarm.
Lilith, The Sorceress
"To be united by hatred is a fragile alliance at best" Jhael, The Betrayer
"To believe in an ideal is to be willing to betray it" J'hannis, The Devout
"To embrace apathy is to be marked by death"
Top

That is as it has been implemented on Haven and Sigil anywho.
The White Crown's Acolyte

Chultans wonder why things be like they do, but they are.


Young Werther wrote:I think people need to roll with the punches and not take things so seriously maybe. 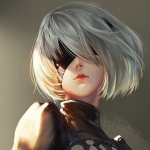 I like them for rogues on Sigil. They let you make your sneak attacks from behind a more tanky party member on late-HiPS builds.
Top

A Scourge is a whip with a blade on the end, it might be possible to do that by adding Slashing damage to a regular whip. (Unless the art team wants to do a new model!)
Janet Deckert - "Don't be coy."
Aya Dreys - *ignores <character>*
(bios for all of my characters here)
Top

Nota bene that on Sigil, at least when I last played there years ago, whips weren't finessable. Maybe this can be changed here... Otherwise, yay. Their ranged nature is what makes them special.
Top

They're added, they currently should be 1d6 x3, exotic and bard proficiency required.

I need to update the text entry and the icon...

But thoughts? Range too small? Fine as it is? Any weird behavior with sneak attackers and such? How does the AI handle it?
Top

I need to update the text entry and the icon...

But thoughts? Range too small? Fine as it is? Any weird behavior with sneak attackers and such? How does the AI handle it?


The whip animation is sweet.

Whips are not suppose to do lethal damaged and further are kinda useless against people with almost any kind of armor. It’s a whip in the end, not a deadly weapon.

A whip deals nonlethal damage. It deals no damage to any creature with an armor bonus of +1 or higher or a natural armor bonus of +3 or higher. The whip is treated as a melee weapon with 15-foot reach, though you don’t threaten the area into which you can make an attack. In addition, unlike most other weapons with reach, you can use it against foes anywhere within your reach (including adjacent foes).

They are meant for other weird abilities.

On a mechanical note, it sucks it’s exotic or bard only. Unless you take Bard levels your rogues, sds, duelist and all your light armor mid ab classes can’t use these. Your talking feat started classes who can’t afford the feat. And if you want to power build you still gotta get Kukri so here is another cool fun toy blocked out for mechanical reasons.

Not sure how it reacts to SA and won’t know due to it being a bard weapon.

Also how is my Drow suppose to hold one to look scary if you can’t equipe non-proficient weapons.

Jane of Here and There (Jane Price)

Jennifer and A Drow.
Top

We are an RP server after all, if we want to use then for thematic purposes we should be willing to build accordingly.

I'll test sneaks later on my rogue (whom I took exotic weapon proficiency) and let you know.
Roleplay – This is a roleplay server set in the Forgotten Realms campaign world.

Can someone see if they are working with finesse?
Nathan Goldenmane - Knife Fighter of Sune

Yes, appear to. I'll recheck tonight.
Roleplay – This is a roleplay server set in the Forgotten Realms campaign world.

We are an RP server after all, if we want to use then for thematic purposes we should be willing to build accordingly.

I'll test sneaks later on my rogue (whom I took exotic weapon proficiency) and let you know.

Do you not have to take the Exotic for each weapon you wish to use? Or does taking exotic mean you get them all in this nwn2? It’s been a while so I forget and lots of places/games seam to do it different.

As a note we are a Medium RP server which is often reminded to me, as such you are required to balance both theme and pve when doing your build. Kinda snarky of you.

Jane of Here and There (Jane Price)

Return to “Suggestions and Discussion”